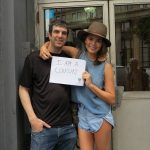 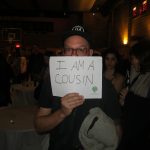 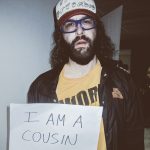 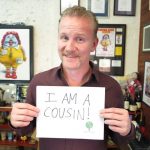 The Global Family Reunion – coming June 6, 2015 – is the biggest, most extraordinary and most inclusive family reunion in history.

Come meet fascinating cousins you never knew you had — and learn about how we are building a Family Tree of the entire Human Race.

And do it for a good cause: The fight against Alzheimer’s.

Some details on the Global Family Reunion:

What: An event like no other. Presentations by entertainers, authors and scientists! Music! Food! Exhibits! Comedy! Games for kids!

Who’s Invited: You! All seven billion members of the human family. Those with a proven connection to the world’s biggest family tree (currently at 77 million people) get a bracelet and take part of the largest family photo in history.

Presentations: The GFR will feature talks and presentations by a wide range of fascinating experts and entertainers. Among those who have already agreed to participate: Filmmaker Morgan Spurlock, President George H.W. Bush and Barbara Bush (via video), Comedy Central star Nick Kroll, NPR host Ophira Eisenberg and former Obama administration member Cass Sunstein. Many more speakers will be announced soon.

Activities: The Global Family Reunion will have dozens of activities for all ages, including: A scavenger hunt from Watson Adventures. The world’s largest family photo. A talent contest. Exhibitions about family history and genealogy. Historical impersonators. Not to mention the 450 interactive exhibits at the New York Hall of Science, the museum where the reunion will take place.

How: Thanks to amazing advances in genealogy and DNA, we are building a Family Tree of the entire world. Currently it’s at 77 million people. It’s easy to join! Websites such as Geni and WikiTree allow you to collaborate with hundreds of others and figure out your place on the World Family tree. Hundreds of people are working to make the Global Family Reunion a reality, far too many to name, but you can see a list here.

Partners: Among those helping to create the Global Family Reunion are MyHeritage, Geni.com, FamilySearch 23andMe.com, FamilyTreeDNA, Federation of Genealogical Societies and WikiTree.

Documentary: The Global Family Reunion will be the subject of a documentary by Morgan Spurlock.

The Cause: Fighting Alzheimer’s. The Global Family Reunion has partnered with two remarkable organizations devoted to finding a cure for Alzheimer’s Disease. Namely, the Cure Alzheimer’s Fund and the Alzheimer’s Association New York Chapter. Alzheimer’s is a devastating disease that affects more than 40 million members of the Human Family, a number that will climb exponentially unless we find a cure. In addition, to buying tickets, you can also support the cause by participating in the Surname Showdown to Fight Alzheimer’s (just click here) – a family friendly competition to see which family can raise the most money to battle this killing disease.

The Price: All proceeds will go to battling Alzheimer’s research, education and training.

The Locations: The 2015 Global Family Reunion will be held on the site of the legendary 1964 New York World’s Fair. The grounds are now home to the New York Hall of Science, which is one of the top science-themed museums in the world. The museum holds 5,000 people, with a gorgeous, sprawling 11-acre outdoor space that can hold more than 10,000 more. The museum’s 450 hands-on interactive exhibits will be open to GFR attendees, including a space-themed mini-golf course, a design lab where you can create movies and 3-D print objects, and a collection of rockets.

The Global Family Reunion will, in fact, be Global. We’re helping to organize branch parties all over the world. (Get it? Branches, as in Family tree?) Locations such as the Family History Library in Salt Lake City, Utah, the Clayton Library Center in Houston, Texas, Allen County Public Library in Wayne, Indiana and the Midwest Genealogy Center in Independence, Missouri are just a few that have a branch party in the works. If you want to get involved in a branch party please read our Branch Party FAQ and complete the Branch Party Interest Form.

The Founder: The founder of the Global Family Reunion is bestselling author A.J. Jacobs, whose books include The Year of Living Biblically, The Know-It-All and Drop Dead Healthy. Jacobs is an NPR commentator and the editor at large at Esquire. He is a speaker with two TED talks that have reached over a million views. He is the father of three, the husband of one, and the cousin to millions.

If you can’t make it in person, you can still be a part of history and watch the live stream, so be sure to sign up for the mailing list.