Today’s AJ Cousin Connection is author J.R.R. Tolkien who brought us the epic and wonderful world of Middle Earth (fine – I’m a little biased!).   He died on this day, September 2, in 1973. 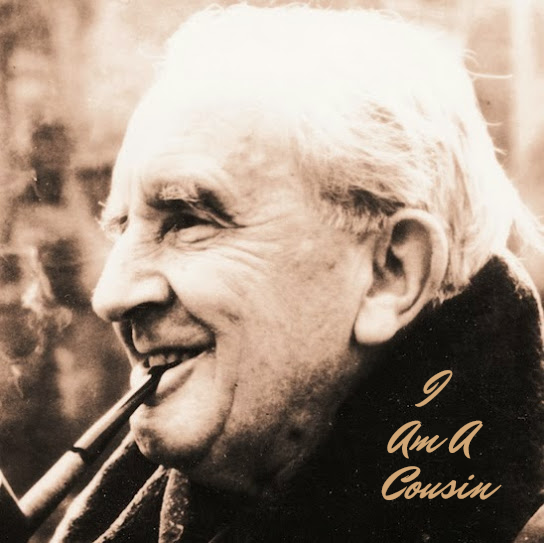 Some fun things about J.R.R. Tolkien:

1. Many people assume that Tolkien was born in England but he was actually born in Bloemfontein, Orange Free State (now part of the Republic of South Africa), to English parents.

2. In 2009 the Forbes list in the US ranked Tolkien as the 5th top-earning dead celebrity.

3. The surname Tolkien is an anglicisation of the German name tollkühn, meaning ‘foolhardy’.

4. Tolkien was nominated for the Nobel Literature Prize in 1961 by his friend CS Lewis.

5. Tolkien  became a Catholic in 1900, this caused a family rift with his Baptist relatives. He remained a Catholic throughout his life. C.S.Lewis credits Tolkien with his decision to become a Christian in the 1930s.

6. Tolkien said his character of Sam Gamgee was based on the ordinary soldiers who he commanded and who faced so much hardship without rancour.

7.  When agents from Nazi Germany wished to translate the Hobbit into German, they sent a letter asking to prove he was ‘Aryan’. Tolkien gave a scathing reply, saying amongst other thing that he wished he had Jewish ancestors.

8. When Tolkien’s son joined the army, he listed his father’s occupation as ‘Wizard!’