Also known as Mary Stuart or Mary I of Scotland, she reigned as Queen of Scotland from 14 December 1542 to 24 July 1567.  She was only 6 days old when her father, King James VI died and she acceded to the throne. 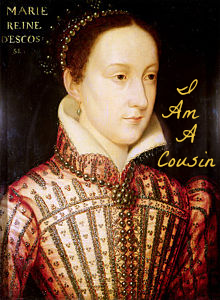 Some interesting facts about Queen Mary:

1. Mary Stuart was very fond of white and insisted on wearing that color for her first wedding to Francis II even though white was regarded as the color of mourning in 16th century France.

2. After the death of Francis II, Mary wore black to indicate her mourning for the loss of her husband and loss of the French crown.

3. Mary led a very active life and loved horse riding and dancing. She would dress up as a stable boy and escape at night into the streets of Edinburgh incognito.

5. Mary had a fiery personality. She was generous, forgiving and a sociable being. She loved the open air and animals. However, she was also criticized for acting on impulse and being tactless.

6. Mary was the first woman to practice golf in Scotland. She even caused a scandal when she was seen playing the game at St Andrews within days of her husband Darnley’s murder.

7. Mary’s last night was spent drafting an elaborate will in which all her servants were remembered. On the day of her execution, she appeared in her customary black cloak and with a white veil over her head. She then dropped the cloak to reveal a crimson red dress.

8.  Mary’s last words before the axe fell over her head were: “Into thy hands, O Lord, I commend my spirit”.