The Global Family Reunion is delighted to announce that Dr. Henry Louis Gates, Jr. will be a speaker at the main event in New York City on June 6, 2015. 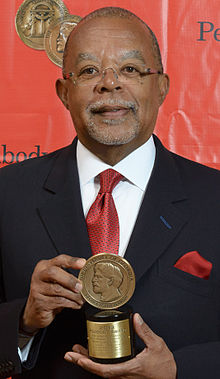 Dr. Gates has created 13 documentaries, authored 16 books, written innumerable articles and is a literary scholar, filmmaker, journalist and cultural critic. He is the Alphonse Fletcher University Professor and Director of the Hutchins Center for African & African American Research at Harvard University.

He serves as editor-in-chief of TheRoot.com while also overseeing the Oxford African American Studies Center, the first comprehensive scholarly online resource in the field. He’s hosted several PBS mini-series and his six-part PBS documentary series, “The African Americans: Many Rivers to Cross”, that traces 500 years of African-American history, earned multiple awards. Season two of his genealogical series “Finding Your Roots” is currently airing on PBS.

Dr. Gates has been the recipient of 53 honorary degrees and numerous academic and social action awards.

The Global Family Reunion will take place June 6, 2015, and aims to be the biggest, most inclusive and most entertaining family reunion in history. Everyone is invited. It will include presentations by celebrities, genealogists, and famous scientists, music, comedy, games, interactive exhibits and food. The main event will be held on the grounds of the world’s fair in New York, but there will be simultaneous parties around the world. All proceeds from the New York event will go toward Alzheimer’s Disease research and care.