Ted Allen to Speak at the Global Family Reunion

TED ALLEN TO SPEAK AT THE GLOBAL FAMILY REUNION 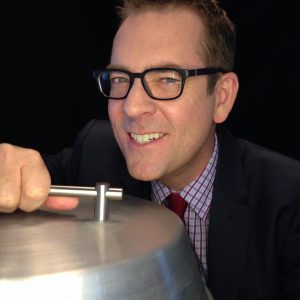 The Global Family Reunion is thrilled to announce that Ted Allen will be a speaker at the main event in New York City on June 6, 2015.

Ted is a writer, cookbook author, and television personality. He was the food and wine connoisseur on Queer Eye and has been the host of the TV cooking competition series Chopped since its launch in 2009. As of April 13, 2014, he is also the host of another Food Network show, All-Star Academy, which debuted on March 1, 2015.

In early 2015, he also hosted a four-part special, Best. Ever., which scoured the country for its best burgers, pizza, breakfast, and barbecue. He is a longtime contributing writer to Esquire magazine, the author of two cookbooks, and regularly appears on the Food Network show The Best Thing I Ever Ate and other television cooking shows.

The Global Family Reunion will take place June 6, 2015, and aims to be the biggest, most inclusive and most entertaining family reunion in history. Everyone is invited. It will include presentations by celebrities, genealogists, and famous scientists, music, comedy, games, interactive exhibits and food. The main event will be held on the grounds of the world’s fair in New York, but there will be simultaneous parties around the world. All proceeds from the New York event will go toward Alzheimer’s Disease research and care.  Early bird tickets are available now.